A Barrel of Oil… give or take 31 Billion

Facts & Figures: A Barrel of Oil

Have you ever wondered how much oil is consumed every day? The answer, as you probably suspected, is a lot – more than 31 billion barrels (85.3m/day) were consumed worldwide in 2010. The United States is the largest consumer of oil in the world, using more than double that of China every single day, yet we constitute just 5% of the world’s population while China makes up 20%. 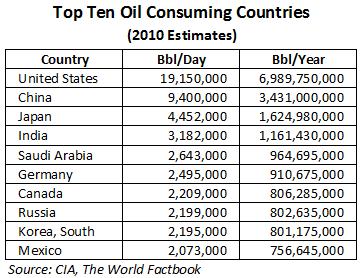 What do all these numbers actually represent? A barrel contains exactly 42 gallons of crude oil, which has to be refined before it is useful. U.S. refineries produce approximately 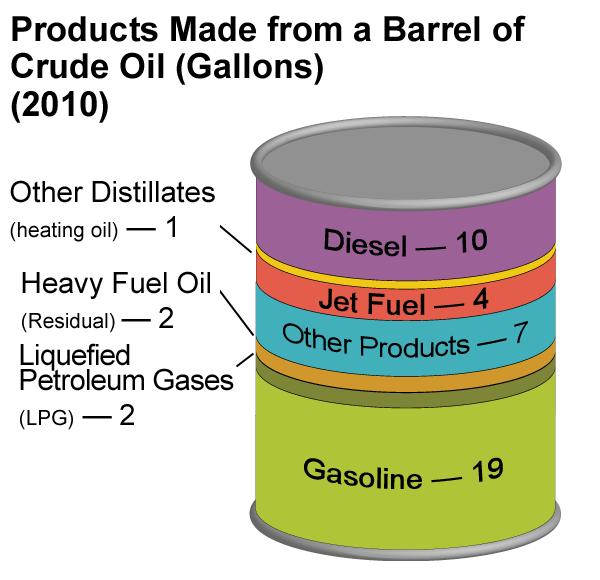 19 gallons of gasoline and 10 gallons of diesel from each barrel. The remainder yields heating oil, jet fuel, propane and other liquefied gases, as well as many other byproducts.

Nearly everything in our lives is made in some part from oil. Many items are well known such as plastics, paints, and inks. Others are more surprising including toothpaste, shampoo, food preservatives, medicines and cosmetics. As we continue to strive toward a world that operates on 100% renewable energy (wind, solar, hydro, etc.), the idea of being completely oil-free is hard to imagine given our overwhelming dependence upon it.

Energy consumption is a large part of the operating budget of any business. Local, state and federal regulations can impact where a company chooses to locate its operations. The cost and availability of energy sources, both fossil fuels and renewable, should be part of a thorough site selection analysis. GeoMetrx is here to help you with your site selection needs.