Resourcefulness: the ability to solve a difficult problem with creativity.  Or perhaps, stated differently, an essential quality of an entrepreneur. One such team of entrepreneurs, Robert Humble and Joel Egan of Hybrid Architecture in Seattle are exactly that – resourceful. For the past decade they have been refurbishing old storage containers, the type used to transport goods by ship, rail and truck, into usable office, retail and residential space. Joel Egan coined the term “cargotecture” to to describe the method of stacking and linking retired containers together like Legos to create new and usable spaces. 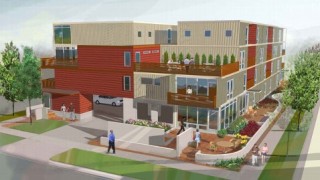 Three Squared, a Detroit firm, has announced they will begin construction in early 2013 on a condominium project known as Exceptional Green Living on Rosa Parks. The result will be a 4-story, 20-unit,  energy efficient complex including amenities such as balconies and landscaped patios. The structure will be built utilizing 93 discarded containers, stacked and interlocked to form the first such multi-family housing unit in the U.S.

Other notable cargotecture projects around the country include: 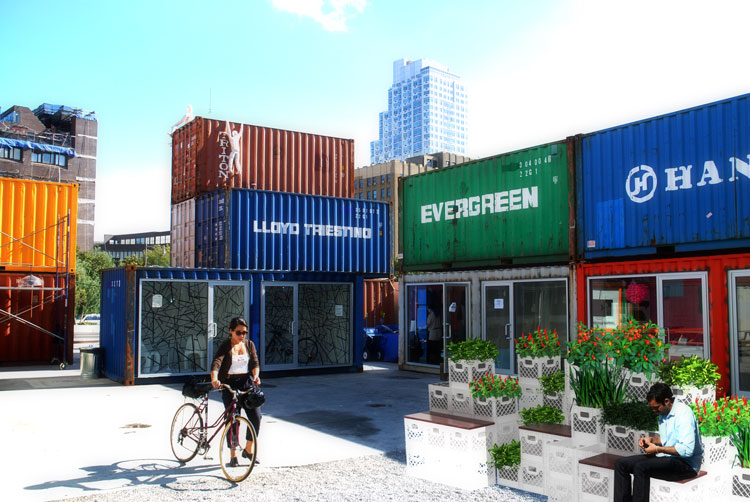 • Muvbox in Montreal, Toronto, Paris and New York – this innovative group has designed movable restaurants from recycled steel storage containers that “pop” open for business in  under 90 seconds, whether serving simple and traditional street fare or a more refined menu including drinks and lobster 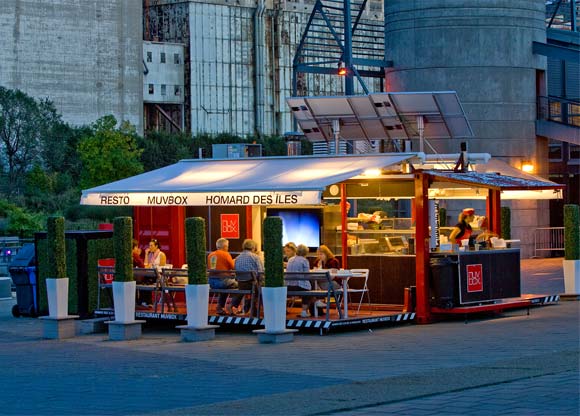 This is a growing space and the possibilities are only limited by imagination. It just goes to show you’re never too old to play with Legos!