The Big Bang Theory is one of the top ranking sitcoms on television and is now in its 6th season, which began airing last Thursday (9/27/12). The season opens with one of the main characters, Howard Wolowitz, aboard the International Space Station.  I have to admit this got me to thinking once again what it would be like to live aboard the ISS. As it turns out, NASA publishes the daily schedule, or timeline, for the crew. And we thought our work schedules were regimented?!!! Practically every minute of each 24 hour period is scheduled in some way.

The little bit of time that is unscheduled for today (10/3/12) ranges from 25 minutes to 85 minutes for each of the three crew members listed: FE4; FE6, CDR.  They do get about 30 minutes in the morning and about 2 hours in the evening for post-sleep and pre-sleep activities. They also have 1 to 2 hours of alloted exercise time and an hour and half or so

split between breakfast and lunch. If they sleep 6.5 hours, and have about 5 hours of eating, exercise and personal prep time, that still makes for a 12 hour work day. Curiously, dinner is not scheduled, they can opt to eat during their pre-sleep period.

While being an astronaut seems like a glorious career in some ways, I think I’ll stick to my earth-bound job which allows me much greater control over my time. I’m also happy to avoid being assigned the  IFM Waste and Hygiene Compartment (WHC) Pre-Treat Tank Remove & Replace task just prior to my scheduled lunch break! Check out this schedule: 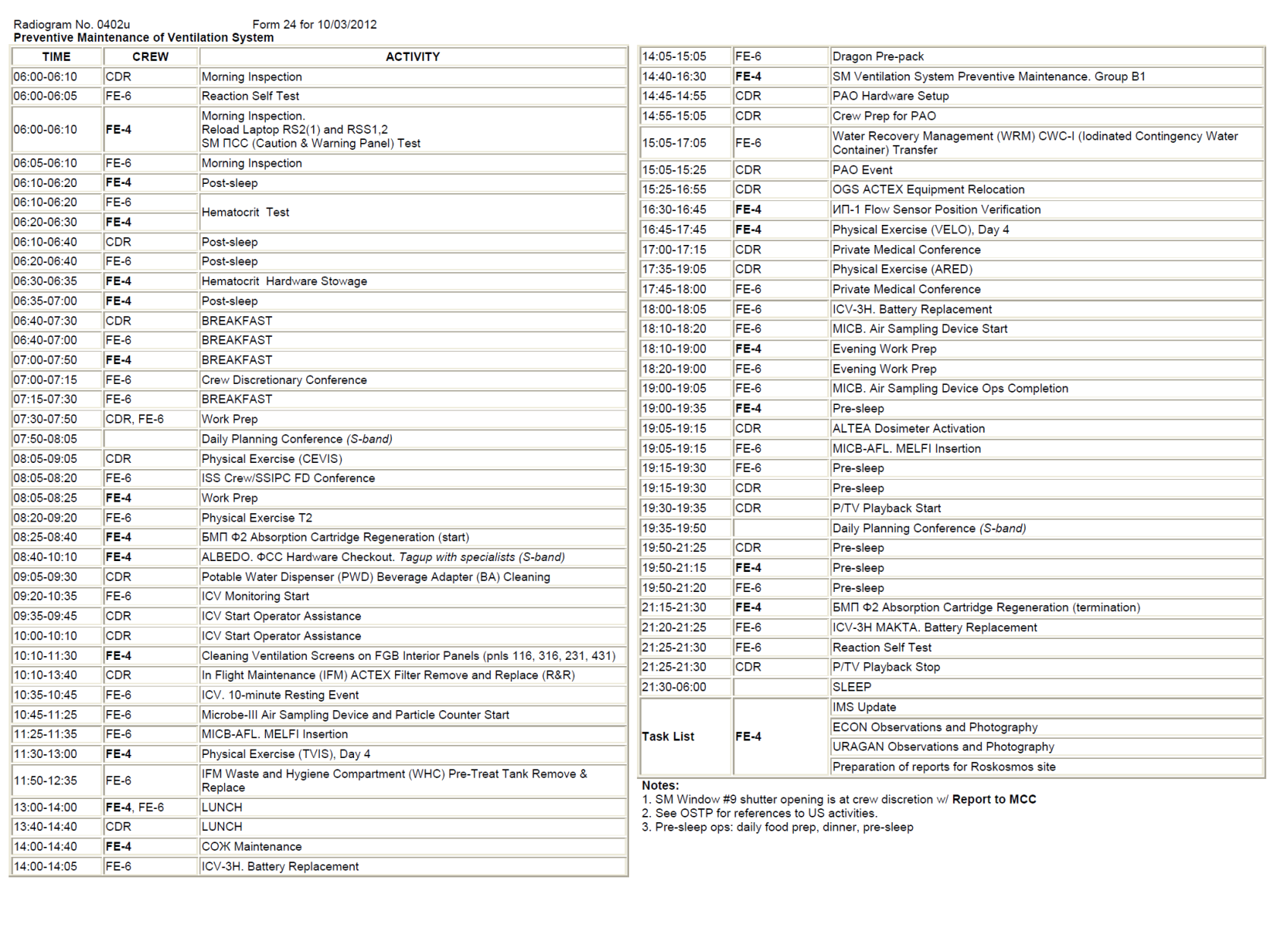