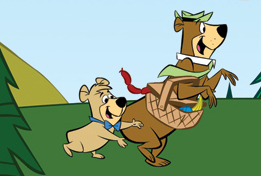 When we’re fascinated by something more than the average bear, how do we define ourselves? What would Yogi say about his obsession with stealing picnic baskets, for instance? Is Yogi a geek, dweeb, dork, or nerd? Perhaps we could ask Boo Boo. Better yet, this Venn diagram circulating the web provides a visual representation of these terms and the subtle differences between them. 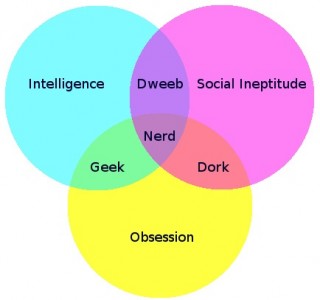 Yogi Bear is certainly obsessed with filching picnic baskets, so he can’t be a labeled a dweeb. Yogi is also quite clever and he speaks, so dork isn’t the right label either. One could argue his social ineptness – he’s a bear after all – however he can usually wiggle out of any scrape with Ranger Smith AND he has a girlfriend! This takes nerd out of the running too, which leaves geek. We think Boo Boo would  agree that Yogi is, indeed, a picnic basket abducting geek.

At GeoMetrx, we are admittedly mapping geeks which was recently reconfirmed by the humor we found in the video clip below. In a recent episode of The Office: Suit Warehouse (airdate 1/17/13), Dwight and Carl pose as a father/son paper sales team to try and win an account at a father/son owned suit business. Trading ‘familial’ insults back and forth resulted in a funny exchange about cartography involving a reference to Riker’s Island and Boring Island. We hope you enjoy the clip, we certainly did!