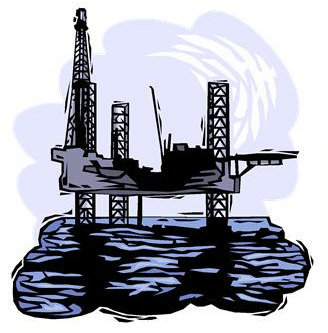 This past April marked the two-year ‘anniversary’ of the Deepwater Horizon disaster, when the offshore drilling rig being leased by BP exploded and sank off the coast of Louisiana. The disaster resulted in 4.9 million barrels of oil being spewed into the Gulf of Mexico over a period of nearly three months, and covering an area roughly the size of Oklahoma. This was, unarguably, the worst oil disaster in U.S. history. The methods used to stop the spill, along with the clean-up efforts that followed, have met with much criticism. The long-lasting effects of the spill are under no less scrutiny and debate.

BP maintains that it has gone to a lot of effort to help people affected by the disaster as fisherman are fishing again, offshore drilling is slowly coming back on line, beaches are open and the Gulf Coast economy has surpassed itself prior to the accident. However, not everyone agrees that all is well as many who live along the gulf-shore complain of health issues caused by the spill and the ensuing clean-up efforts.  The Government Accountability Project (GAP) found that the cleanup workers have also suffered a long list of health issues. Reports of deformed seafood are raising great concerns for scientists and fishermen as the long-term effects on marine life are far from known. When the oil leak was finally capped in September of 2010, Samantha Joye, a professor in the Department of Marine Sciences at the University of Georgia, reported that a substantial layer of oily sediment stretched dozens of miles in all directions. Subsequent research has revealed the thickness of the layer to be much greater than originally thought.

While the Gulf Shore continues to recover, there is no argument that the Deepwater Horizon disaster caused immense damage to marine and wildlife habitats and to the Gulf’s fishing and tourism industries. Just how far into the future the impact will be felt remains unknown. The U.S. Travel Association estimated that the economic impact of the oil spill on tourism across the Gulf Coast over a three-year period could exceed approximately $23 billion, in a region that supports over 400,000 travel industry jobs generating $34 billion in revenue annually. Many marine populations may continue to suffer the effects of the disaster for years to come, especially those populations that take years to reach maturity such as tuna. How the spill will affect future generations is not known. Crab fishermen in the area claim that many of the crabs they catch come up dead, discolored and riddled with holes. The disaster has had a significant impact on the real estate market along the Gulf Shore as well.