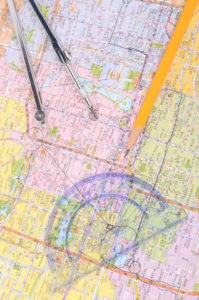 Before someone buys or sells a franchise, a common practice is to define the franchise territory.  According to the one study, above 90% of the successful business franchises use the concept of establishing territory.

There is no single method for dividing territories, which may be defined by criteria such as:

There are legal as well as business implications of defining the franchise territory.  The franchisor and the franchisee both have to consider specific essential factors while undergoing the process.

The next thing to consider is how the territory should be defined, whether by population or by radius (using zip codes or the area mapped out around the franchise). This definition is crucial for the franchisor. Irrespective of the specific territory allocation method, the primary factor often observed is the population served within the territory of the franchise. Similarly, the zip code clusters can also be the source of defining boundary because they are based on the total present population served.  With the passage of time, the rise in population in an area can be adequately met by increasing the number of franchises in the area. This growth is required to be handled and addressed in the franchise agreement.

If your business is ready to become franchised or you need help with franchise territory mapping, contact GeoMetrx today.