Thousands upon thousands of young men and women who have so heroically served in the U.S. military are beginning to come home in droves, and many of them are joining the ranks of the unemployed.  As of December 2011, 7.7%, or 857,000 of our veterans, were 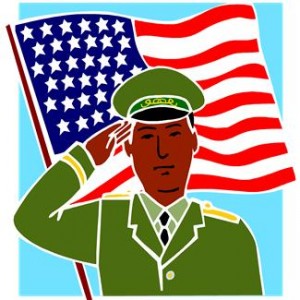 unemployed according to the Bureau of Labor Statistics.  In this post, we’d like to share with you an organization that is working hard to help this very deserving group of men and women by providing franchise opportunities for veterans.

The International Franchise Association (IFA) is the world’s oldest and largest organization representing franchising worldwide.  In 1991, the IFA founded the VetFran initiative, a program which proudly boasts that “…more than 400 IFA franchisor member companies offer  financial incentives, training and mentoring to veterans interested in small business ownership and/or a career path in franchising. Since the program’s inception, more than 2,100 veterans have become franchise business owners through VetFran.” In fact, according to a recent study conducted for the IFA’s Educational Foundation, one out of every seven franchise businesses is owned and operated by a U.S. military veteran, which accounts for more than 66,000 businesses, employing over 815,000 workers, and generating more than $41 billion in GDP.

Some of the factors that contribute to the success of veteran-owned franchises include their strong leadership skills, personal discipline, team player mentality, systematic approach to achieving tasks, openness to receiving training and guidance while following a proven model, and feeling connected to a support structure by being part of a franchise family.

For a list of specific franchise ownership incentives for veterans visit the VetFran Directory.  Whether veteran or civilian-owned, all franchisors can improve their business by using tools that will help in mapping their success.  Give us a call today to learn more about how GeoMetrx can help your business improve.