We are living in an age of increase – increasing population, oil and gas prices, pollution, traffic congestion, infrastructure crisis, and even our waist lines. You might think the last item on that list is out of place; however, many of our modern conveniences have a direct link to our lack of exercise. Beyond walking the halls of the office, many of us get little to no meaningful regular exercise. We drive to and from everything: work, shops, school, church, kids’ activities, even the gym… when we go. Some of us even use the car to travel to the end of the driveway to retrieve our mail! In the United States, we own 30% of the automobiles produced in the world and yet we account for just 5% of the worldwide population. Can we reverse this trend of being so heavily car-dependent?

Bicycling is a growing industry as the activity is gaining popularity across our nation. Bicycling has the ability to decrease all of the negatives listed above. One particular new trend within the industry in the United States has the potential to transform our sedentary, gas-guzzling ways – bike sharing. Bike sharing has become very popular in European cities. It’s a straightforward, green commuter concept which replaces short trips ordinarily made by car. Large fleets of bicycles are made available at closely spaced rental

stations. Bikes can be rented on the spot for a low hourly or weekly rate by tourists or other occasional riders, and low-cost affordable membership packages can be purchased by frequent users. Bike sharing is ideal for cities of any size, corporations with sprawling facilities and school campuses. Participants need not be troubled with bike maintenance, storage or even theft.

Anderson Corporation in Bayport, MN is a leader in bike at work programs. With more than 3 million square feet of ground to cover within their plant, everyone from maintenance mechanics to executives utilize company supplied bicycles to get from place to place. This innovative program not only saves time and money by increasing the efficiency of getting from one end of the factory to the other allowing for quicker response times, it also promotes a healthier environment and a healthier lifestyle. Many companies are now making bicycles available for employees to use during breaks to run errands in town as well.

New York University is a leader among campus programs. As of 2010, nearly 90 universities have introduced bike sharing programs for their students. Demand is coming from the students and in the case of NYU, as well as others, the actual programs have been developed by the students themselves.

“The NYU Bike Share provides free short-term bicycle rentals
to NYU students, faculty, and staff. The program was proposed
and developed by a student-led Green Grant team, with
funding, organizational and planning support from the NYU
Office of Sustainability. It’s founded on the idea that
bicycling can be a safe, healthy, sustainable, and fun way
to get around New York City. The Bike Share seeks to lower
the barriers to entry (such as cost and inexperience)
that prospective cyclists face at NYU.” 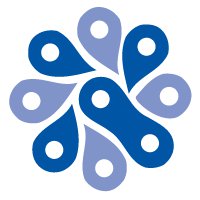 The Bikes Belong Coalition, founded in 1999, is an organization of bicycle retailers and suppliers who have banded together to promote bicycling. According to their 2011 report on bicycling trends in the U.S., there has been a large increase in funding for bicycling. Many cities are incorporating bicycling into their urban planning including bike sharing programs. According to the U.S. Department of Transportation, half of all trips made are less than 3 miles. This behavior lends itself well to bicycling and bike sharing programs. Leading the way are groups such as B-Cycle, a collaborative effort of Humana, Trek and Crispin Porter + Bogusky, with locations in over a dozen cities; Nice Ride, a non-profit organization in Minneapolis, MN; and companies such as Alta Bike Share and DecoBike, consultants and partners with several local municipalities.

In the 70 largest cities in the U.S., the League of American Bicyclists reports that bicycle commuting has risen 63% in the last decade, yet this only accounts for 1% of urban commuters. Tim Blumenthal, president of Bikes Belong would like to see that number rise to 5%. Bike sharing programs will play a big part in achieving this goal, along with

continued bike friendly improvements, such as safer and more plentiful bike lanes. There are currently an estimated 15 bike sharing programs in operation in our cities with 17 more planned for this year alone, according to CNN Money.

In America, we are used to being the leaders. For now, Europe is well ahead of us, but the yellow jersey is within our grasp if we choose to stay in the chase. If you are interested in starting a bike sharing business, our GeoMetrx territory mapping application can help you stay ahead of the competition.