Get Your Free 30 Day Trial

The franchise industry has become much larger and more diverse over the past 20 years or so. While almost everyone recognizes the major game players like McDonald’s, Dunkin’, and Taco Bell, the industry is much more substantial. Statistics show that there are nearly 750,000 franchise establishments in the United States.

With this many franchises, competition for franchisees is fierce. Your franchise needs to set itself apart by designing equitable territories that franchisees will find valuable.

This is where business intelligence software such as Map Business Online can give you an edge over the competition. Instead of spending weeks or months capturing data to identify possible new franchise territories, with a few clicks you can deliver a comprehensive report to management.

Quickly and easily import your own business data and excel spreadsheets and Map Business Online will turn it into something you can see on a map.

Calculate demographic information across your territories quickly and easily.

Build the right territories for your business needs with just a few clicks. 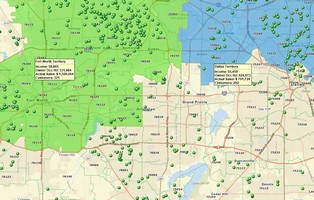 Discover the best areas for expanding your franchise locations. 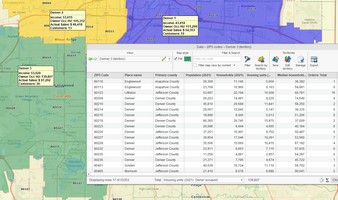 Quickly spot areas of your most profitable customers.

Get your mapping and location projects done in a fraction of the time.

We made Map Business Online intuitive and easy to use.

How to find the demographics of an area.

Are you a developer who needs to integrate locations services and data into your applications?

Find out if any of our mapping solutions are a good fit for your needs.

Start a Conversation Today. Simply fill in the form to get started. 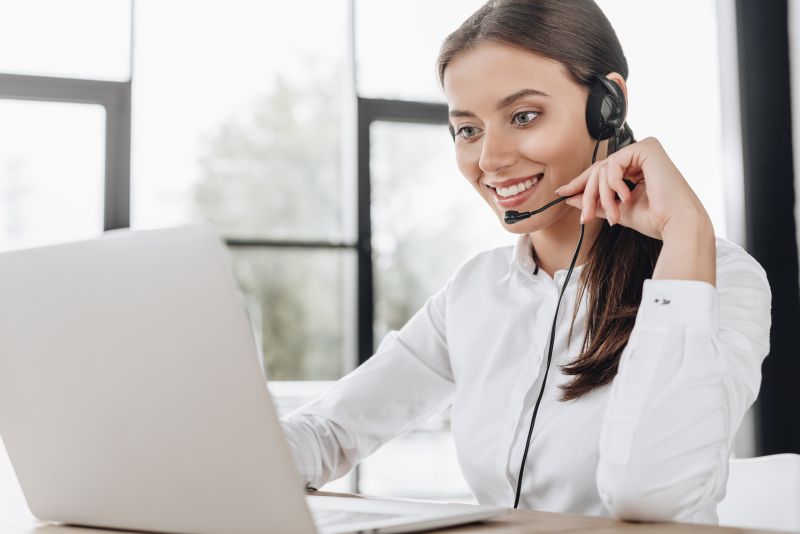