The Health Insurance Industry continues to be a major topic of discussion in the U.S., particularly with the passing of the Patient Protection and Affordable Care Act (“Obama Care”).  Despite the challenges faced by this industry and the continued rocky road toward economic recovery, the industry is holding its own.  According to S&P, the 2012 Outlook for this sector is stable, “…reflecting our belief that industry risk is moderating, business conditions have improved, and health insurers’ financial fundamentals are now relatively strong.” 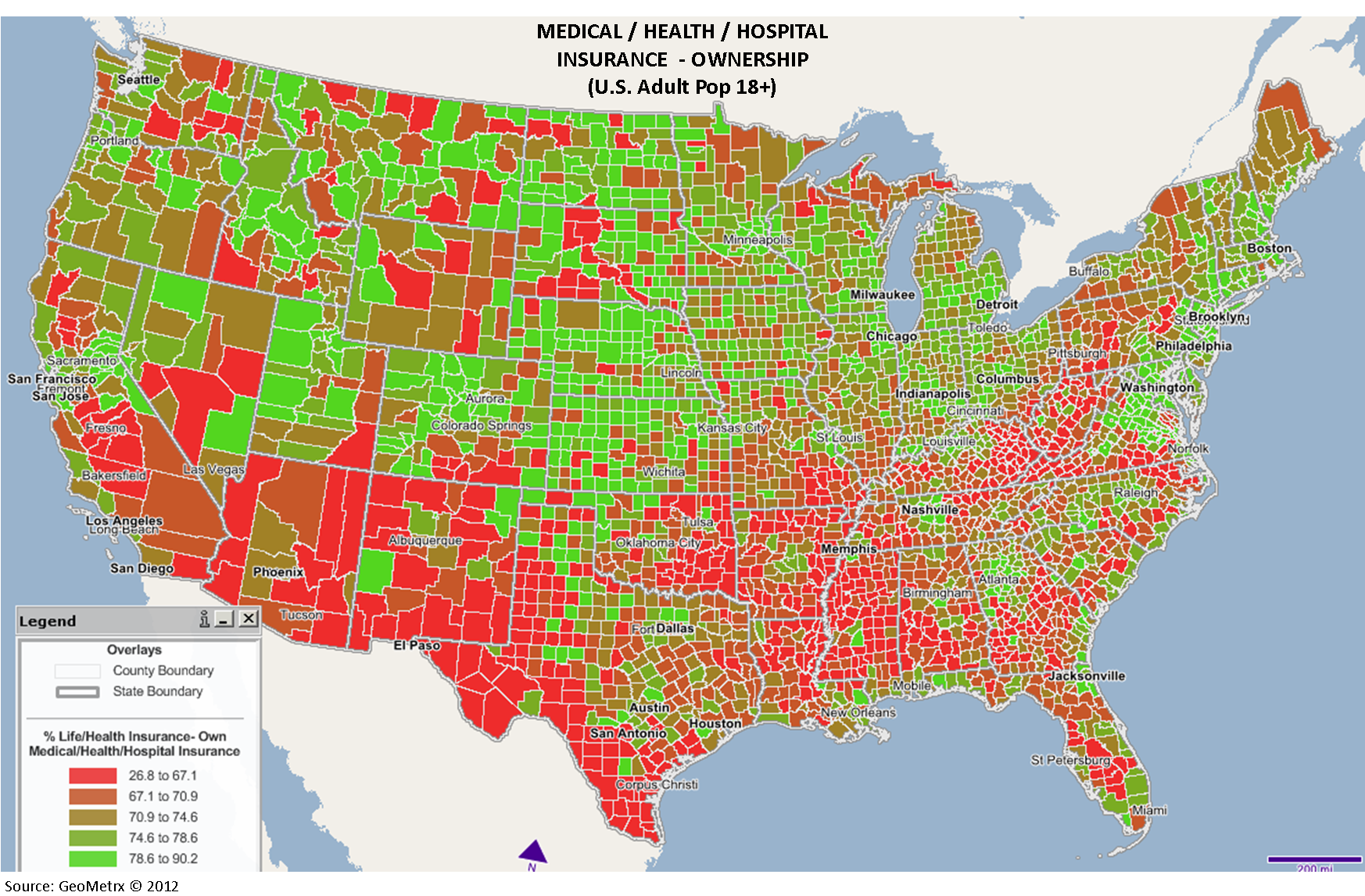 Health insurance coverage is only part of overall health care spending.  Each month, the Altarum Institute releases its HealthCare Spending Brief. The most recent publication reveals the following findings based on data collected through June 2012:

What do these figures mean? According to the Washington Post, health care spending in the last two years has been slow, much slower than in previous decades. Take a look at health care spending for June 2012 vs. June 2011, showing a continued decline in overall growth. 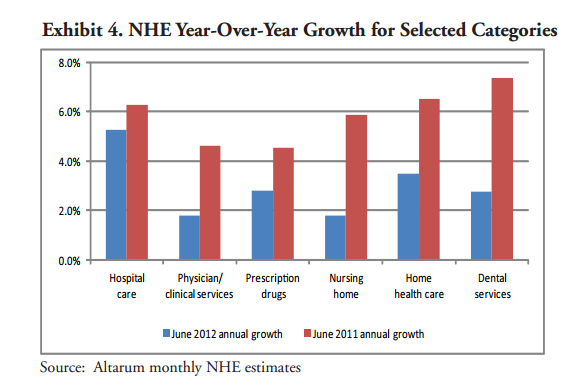