How Does Franchise Territory Mapping Work? 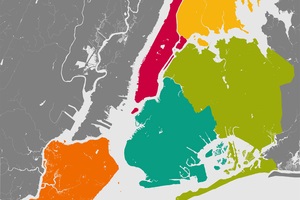 Franchise territory mapping provides growing businesses with a competitive advantage. Expanding a company through franchising is a popular and successful business model that can have great results when done properly.

Creating franchise territories can help ensure that all franchisees have their own area in which to operate and market the franchise brand without nearby competition from another franchisee or the franchise company.

Franchise territories are generally described geographically, such as by state, city, zip code or street. However, they can also be defined by the radius that originates from the location of the unit.

When creating franchise territories, it is important to choose areas that are large enough to maintain a successful business with a good customer base.

There are many factors involved in the franchise territory mapping process. Widely-known franchises do not need as much space as small franchises as their reputation and established brand presence ensure that customers will find them regardless of the territory size. This is why large franchises, such as McDonald’s, are often found in close proximity to one another.

However, small franchises that may not be well-known often require a larger territory to receive sufficient business. A franchise can use territory mapping to analyze cities or regions to consider where the business should be located and how much space to give that business.

Many factors are taken into consideration when making this decision, such as the distance between franchises and the population in that particular area or region.

Building a Territory for a Franchise

Franchise territory mapping can be a complex process with many variables. The first step in the process generally involves getting to know the customers in a particular area.

Demographics are used to define characteristics of customers; understanding the demographics in a specific area is key to the business’s long-term success. 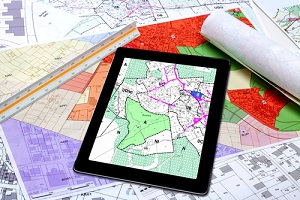 Knowing this information can help franchises better market their products or services based on the needs and wants of people in the area.

After establishing franchise territory criteria, a business will need to determine the ideal placement location of a territory.

How this is accomplished will depend on the metric used to define franchise territories, such as radius rings, population size or road boundaries. Franchise territory mapping software makes it easy to map franchises based on those metrics, including by zip code.

Although this may seem to be a simple task, it can become much more complicated as the number of franchisees increases. When territories are made too large, businesses can ultimately lose money. However, when they are too small, the franchisee may not receive enough business to succeed.

Some businesses choose to divide areas proactively. This type of strategy requires the territory to be divided based on reliable data, such as customer data, customer count per territory data and geographical data.

This data can then be used to identify possible over served or undeserved territories to help maximize profits. It can also show areas to avoid and areas that indicate the most potential for steady growth. Data sources will change over time so it is important to use the most recent data available.

When choosing geographical boundaries during franchise territory mapping, boundaries that are subject to change should be avoided.

When geographical boundaries change, such as in the case of zip codes which are regulated by the U.S. Postal Service, it can create extra work for the business each time a change is made. It can be useful to employ a combination of division strategies or to rely on census tracts.

Why Use Franchise Territory Mapping Software 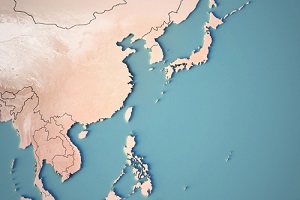 The software also allows businesses to customize how they display data, making these maps easy to read and share.

When territories are not balanced, franchises are not able to take advantage of certain business opportunities within a geographical area; this can lead to dissatisfaction and the potential closure of the business.

Territory mapping software allows businesses to distribute territories logically based on sales potential and other factors.

Get Started with Franchise Territory Mapping