How Is Franchise Territory Defined? 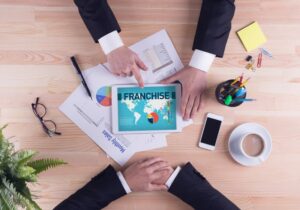 Every franchise has a defined territory that they influence in relation to other installments of that same franchise. This territory is defined and mapped out by franchise development specialists (usually in a corporate office), effectively determining how much territory a franchise will “own.”

The process of defining a franchise’s territory starts with mapping. Mapping is where the regions are drawn, redrawn, and mapped out. These regions are determined using a set of criteria that include geographical radius, population density, and saturation in their corresponding market.

When drawing territories, one must keep all these factors in mind and allow for the growth and development of the business. In addition, the corporation must help secure franchise opportunities to develop its brand. As you can probably guess, drawing territories for franchises is not a simple process.

Indeed, the territory a franchise covers can determine its level of success. The territory is such an essential part of the franchising industry that franchise infringement lawsuits are among the most common that franchisees bring against franchisors. To help promote transparency in the territory-defining process, franchise development specialists will draft a document that explains how and why a specific territory was mapped out for an installment. This document is called a Franchise Disclosure Document, and it will also explain if the territory is exclusive or if there are any service parameters. A parameter could be the delivery area, for example, if the franchise is a restaurant.

Defining franchise territory is one of the most significant parts of establishing a new franchise, and it can either make or break the new business. Therefore, each aspect of the franchisee’s territory must be carefully considered to ensure its success.

If you’re looking for assistance with defining a franchise territory, Geographic Enterprises can help. Partnered with three high-quality mapping services, we can help determine territory for any franchise in any area. Contact us at 888-848-4436 and request a free demonstration on our online franchise territory mapping software.