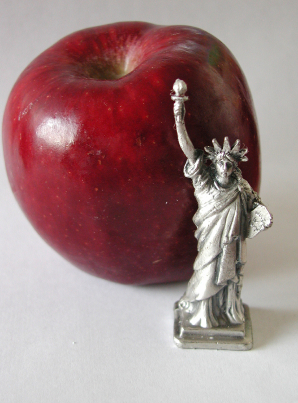 For the past 20 years the International Franchise Expo (IFE) has been held in our nation’s capital.  This year, however, the big event will take place in the Big Apple!  The IFE is America’s biggest franchise event showcasing franchise concepts from every imaginable industry both domestic and international.  In addition to franchise opportunities available at every investment level, product suppliers, industry service providers, and trade publications will join the exhibitors.

The expo boasts 40 free seminars including topics such as “Getting Ready to Franchise Your Business,” “Taking Your Franchise System to the Next Level,” and “Best Practices for Start Up & Early Stage Franchisors.” New York City is touted as being an excellent location for the event, drawing from a diverse population of 28 million as well as being the media capital of the world.

The event, which is organized by MFV, also conducts annually the West Coast Franchise Expo (WCFE) in Los Angeles (October 12-14, 2012) and the Franchise Expo South (FES) in Miami Beach (January 11-13, 2013).  For more insight from Blue Mau Mau on the move of the IFE to New York City, click here.