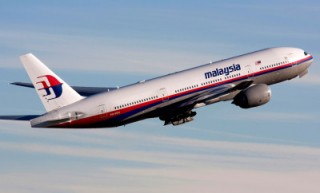 Missing Malaysian Flight MH370 continues to be a mystery. For the families of those aboard, hope remains that the passengers and crew will be found alive. Without any conclusive evidence the plane has been lost at sea, it is easy to understand. A CNN report just released today tells of a beacon (ELT – Emergency Location Transmitter) system aboard the aircraft that did not send a distress signal, further fueling the hope that the plane landed safely, somewhere.  ELTs are designed to activate and transmit a distress signal when a crash is detected. No such signals from any of the four ELTs aboard the flight have been detected.

What’s particularly fascinating about ELTs from a geographic standpoint is how the system came to be and how it works.  A little known group, the International Cospas-Sarsat Programme (ICSPA) was first formed in 1979 as a joint effort by Canada, France, the United States and the former Soviet Union, and was formally constituted as an intergovernmental organization in 1988. The program is a satellite-based search and rescue (SAR) distress alert detection and information system, which ‘listens and watches’ for emergency beacon signals activated by aircraft, ships and backcountry hikers in distress. Whenever a distress radio beacon (ELTs for aviation use, EPIRBs for maritime use, and PLBs for personal use)  is detected, SAR services are immediately alerted, with the objective being to reduce, as much as possible, any delays in the time required to locate the people in distress and provide assistance.

To achieve this, the ISPCA utilizes instruments aboard geostationary and low-altitude satellites in conjuction with ground-receiving stations, also known as LUTs (Local User Terminals).  The emergency beacon radio signals are received by the satellites, downlinked to LUTs, which process the signals and generate distress alerts. The distress alerts are then transmitted to Mission Control Centers which forward them to the appropriate SAR services.

A geostationary satellite orbits in synch with the plane of the equator so that it remains “stationary” in relation to a fixed point on the surface of the Earth. A low-altitude satellite, on the other hand, orbits the earth at a distance of approximately 100 miles above the surface and can make a complete journey around the globe in about 90 minutes. Utilizing both types of satellites increases the probability to quickly intercept emergency beacon signals.

The Cospas-Sarsat program claims to have made its first rescue of three people in 1982, when a light aircraft in Canada crashed. As of December 2012, the program reports having provided assistance in rescuing over 35,000 people in 9,600 separate incidents. With more than 1.2 million emergency beacons around the world, the program states it rescues about 5 people a day. Personal Locator Beacons (PLBs) can be purchased for just a few hundred dollars. For folks who like to venture into the backcountry where no other form of communication is available, these devices can and do save lives.