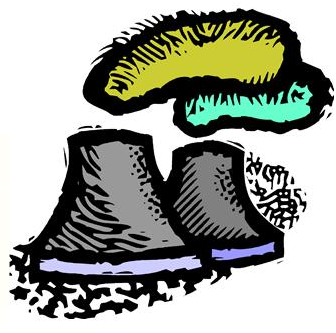 A new report on the long-term global health impacts of the Fukushima nuclear disaster, as a result of the devastating March 2011 earthquake and tsunami, were released earlier this week in the journal of Energy and Environmental Science. The research study was conducted by Recent PhD graduate John Ten Hoeve and Stanford civil engineering Professor Mark Z. Jacobson, a senior fellow at the Precourt Institute for Energy and the Stanford Woods Institute for the Environment.

The report estimates that in addition to the initial 600 deaths* caused by the evacuation of the area, another 15 to 1300 deaths are possible, along with 24 to 2500 cases of cancer. Most of these are expected in Japan. While the ranges of the estimates are large, they stand in contrast to prior claims that the radioactive release following the meltdown was not expected to cause any severe health effects.

Fukushima is the worst nuclear accident since Chernobyl, and has created a “dead zone” of several hundred square kilometers around the plant. However, while radioactive materials have been detected as far away as North America and Europe, the Pacific Ocean took the brunt of the disaster, and only 19% of the fallout was deposited over land. This has kept the number of people exposed relatively low, but certainly the exposure was not eliminated entirely.

The coolest part of the research is the method applied by the researchers. They used a 3-D global atmospheric model and combined that with a standard health-effects model. The output from the use of the models reveals the majority of those affected are in Japan, with only a very small number of possible deaths (0-12) and cancer cases (30) expected in the U.S., alleviating fears for some, especially among people living along the west coast of California.

Visualizing data is one of the most effective ways to draw meaningful conclusions and increase our understanding of any given situation. To that end, the researchers opted to analyze the immediate and long-term health effects of a hypothetical, yet identical nuclear 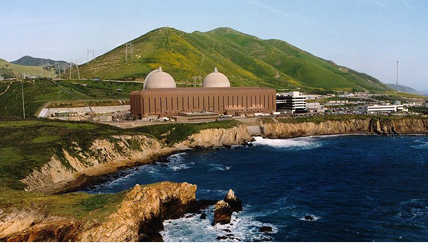 disaster if it were to occur at the Diablo Canyon Power Plant near San Luis Obispo, CA. Although the population density near the Diablo Canyon plant is only about one-fourth of that in the area near the Fukushima plant, the projected health effects would be much greater due to both weather patterns and geography. A much greater percentage of the fallout would be deposited on land including very heavily populated areas such as Los Angeles and even San Diego.

The researchers stressed that the long-term impacts reach well beyond health concerns alone from disasters such as Fukushima and Chernobyl.  In the Fukushima disaster, Jacobson cited other impacts such as “soil and water contamination, displacement of lives, confidence in government oversight, cost and anguish.” The national, and global, debate over the continued use and development of nuclear power wages on.

The U.S. is the leading producer of nuclear power, according to the World Nuclear Association:

It will be interesting to see how much or how little of this issue is raised by the political candidates in the upcoming election season. 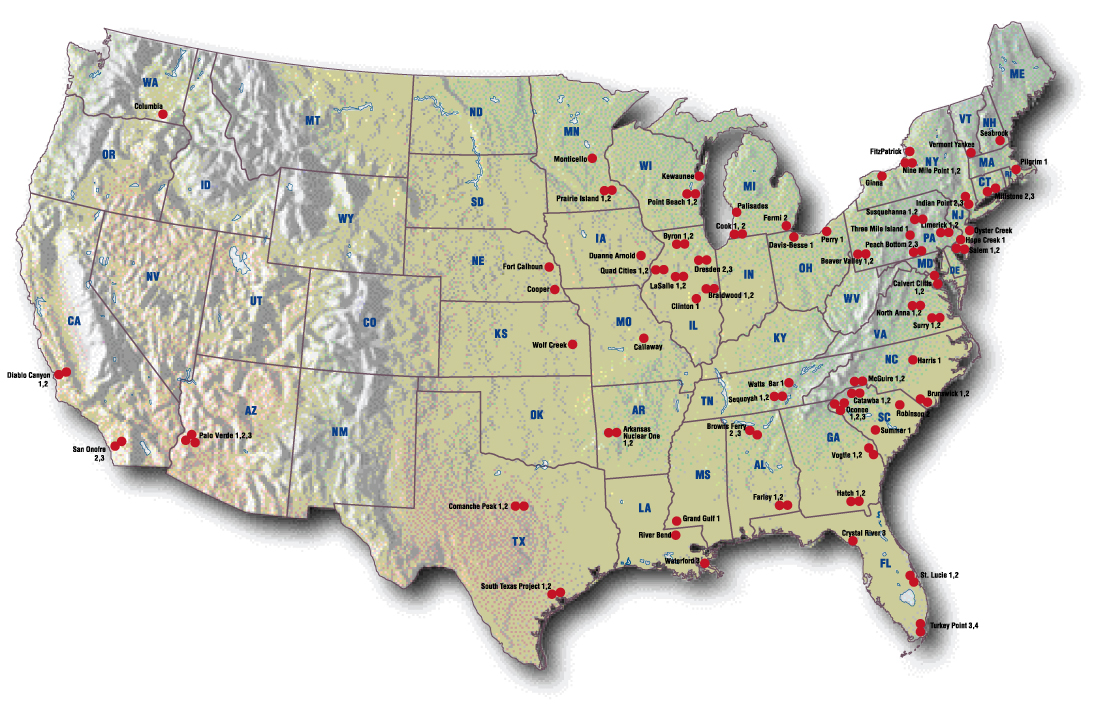 *The initial 600 deaths were reported as a result of the evacuation process itself, mostly due to fatigue and exposure among the elderly and chronically ill.