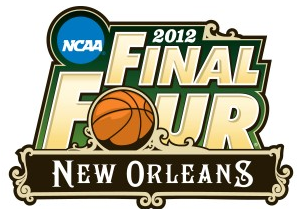 Basketball Fever is upon us and what better way to embrace March Madness than to ‘post up’ some fun fan data?!  The four number one seeds in the 2012 NCAA Championship are Kentucky (South), Syracuse (East), Michigan State (West), and North Carolina-Chapel Hill (Midwest).  There’s plenty of commentary about the prospects of each team making it into the Final Four, but what about the fans, how do they stack up?

We took a look at the behaviors of residents within a 10-mile radius of each of the teams during regular and post season play including watching on TV, listening on the radio, and attending games. Kentucky and North Carolina residents follow college basketball in both the regular and post-seasons in numbers above the national average across all categories.   Syracuse residents put up some of the lowest scores, particularly for attending regular season games. Syracuse Orange fans are often ranked as being huge supporters of their team, so what might account for these results?

It’s important not to jump to conclusions when looking at data, but rather to drill deeper and consider other factors.  What is the seating capacity in each of the arenas for basketball games? (Syracuse Carrier Dome = 33,000; NC-Chapel Hill Dean Smith Center = 21,750). Does Syracuse have more season ticket holders? (this could result in sold out games yet yield a smaller percentage of the total population attending due to a higher concentration

of repeat fans). What is the population density of each area? (Syracuse has the second most dense 10-mile radius of the four schools). What happens to the data when we cast our net out over a 5-mile radius or a 15-mile radius? What is the tipping point?

While this comparison is all in the spirit and fun of the 2012 NCAA Championships, it is a good example of how complex the issues can get when conducting a site analysis and comparing locations. The GeoMetrx territory mapping application allows you to analyze a wide variety of data as well as upload your own data in order to make the most informed business decisions and lay up some excellent game strategies. If you’d like to learn more, give us a call at 1.888.848.4436, or request a demo that fits your schedule.