Every two years the American Pet Products Association (APPA) conducts its in-depth National Pet Owner’s Survey. The most recent 2011-12 study reveals a growing industry, with an estimated 72.9 million households (62%) reporting pet ownership, up from 71.4 million from the 2009-10 study.

The types of pets covered in the study include: 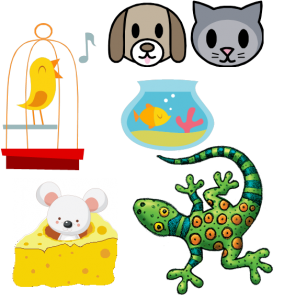 Perhaps the phrase ‘it’s raining and cats and dogs’ may have something to do with the sheer number of them in our lives. Cats and dogs, by far, account for the majority of pets, 86.4 million and 78.2 million, respectively. Yet the number of dog owning households is greater than that of cats, 46.3 million vs. 38.9 million. The maps below, from our GeoMetrx application and data, help visually represent the distribution of dog and cat households in the U.S. 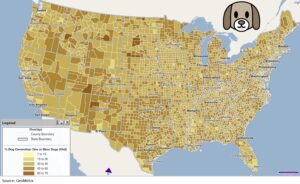 For small business and franchise owners there is opportunity for growth and expansion in the Pet Services industry segment, which includes grooming and boarding. This segment accounted for $3.79 billion of expenditures in 2011 and is expected to reach $4.11 billion in 2012. The basic annual expenses for dog and cat owners in dollars include:

To learn more about the opportunities in your area, contact GeoMetrx today at 1.888.848.4436 or schedule a demo of our application at your convenience.