Public Transportation: The Savings Add Up 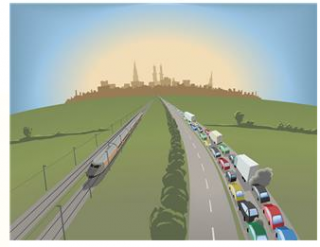 Each month the American Public Transportation Association (APTA) publishes the Transit Savings Report. This report calculates the average monthly savings for individuals in a two-person household who ride public transportation instead of driving a car. The report factors in the costs of owning a vehicle, the national average gas price, the national unreserved monthly parking rate, and the average cost of a monthly public transit pass.

The most recent report released on May 10, 2012 indicates the usage of public transportation can save, on average, $823 this month, which adds up to $9,880 annually. That’s some big savings for those who are able to take advantage of the opportunity. Taking the train or bus to work is much easier to manage for residents in densely populated cities such as New York, Chicago and San Francisco. In many other metro areas, utilizing public transportation requires more careful planning and for many the cost savings are not worth the headache.

The map below depicts the percent of adults (U.S. Pop 18+) who have used public transportation in the last 30 days. 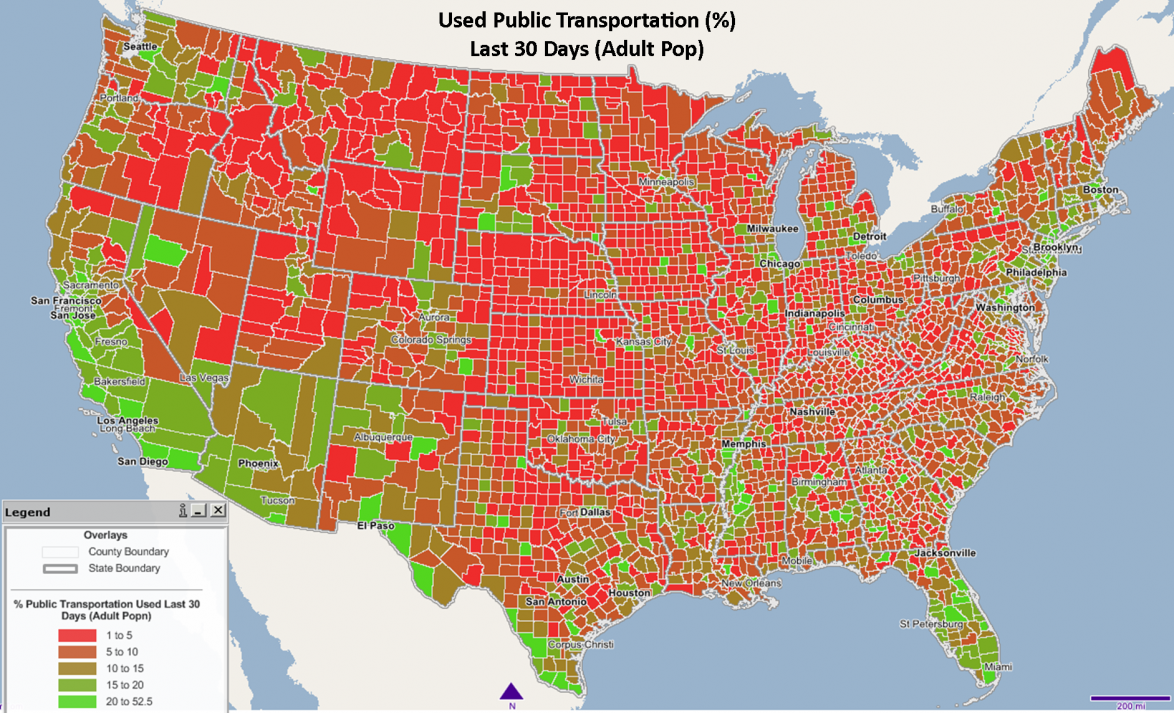 According to the APTA:

The need for additional and improved public transportation in America is fueled by rising gas prices, increasing population, and congested roadways. Our collective desire to be more conscious of our impact on the environment also plays a role in many public policy debates.

What local public transportation initiatives are present in your market? Is your local and state government doing enough, too much or do they have it just about right?