The Shrinking of the Middle Class in America

The Shrinking of the Middle Class in America

Even as the economy is reported to be in ‘recovery’ we continue to hear about the long-term impact of the ‘Great Recession’ on the Middle Class, particularly that it is shrinking. Is it true? Take a look at the data, and it’s hard to disagree. Fewer households are falling into the mid-range income levels, and overall median household income is still well below it’s all-time high reached in the year 2000.

We’ve charted the most recent median income data of all U.S. households, as reported by the Census Bureau, shown in 2012 dollars (i.e. adjusted for inflation). This figure has dropped more than $5,000 from 2000 to 2012. Economic analyst, Robert Reich, has suggested defining the middle class as those who earn 50% above or below the median income. This would mean the range of middle class incomes has also declined in the last decade as well: 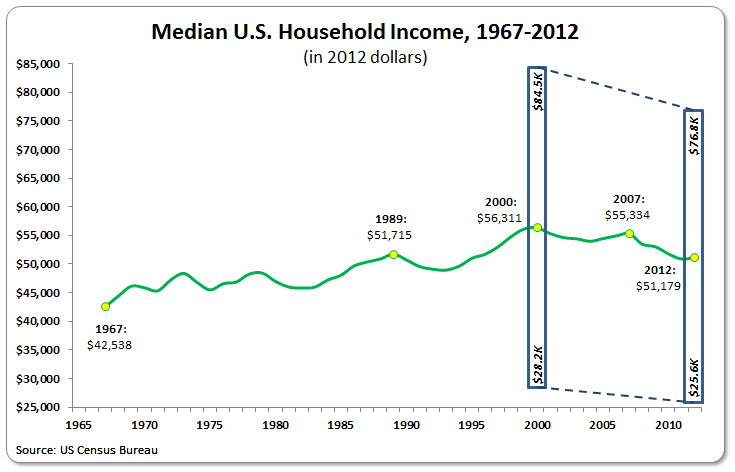 Now, let’s visualize the data on a map utilizing our GeoMetrx online mapping tool. Take a look at how 2000 median household income (by county) compared to 2013 median household income, also adjusted for inflation. Median HH Income ranges from lower to higher (lighter green to darker green), and there is a distinct shift to lighter green from 2000 to 2013. In particular, note the Detroit, Dallas/Ft. Worth, and San Francisco Bay Area regions. 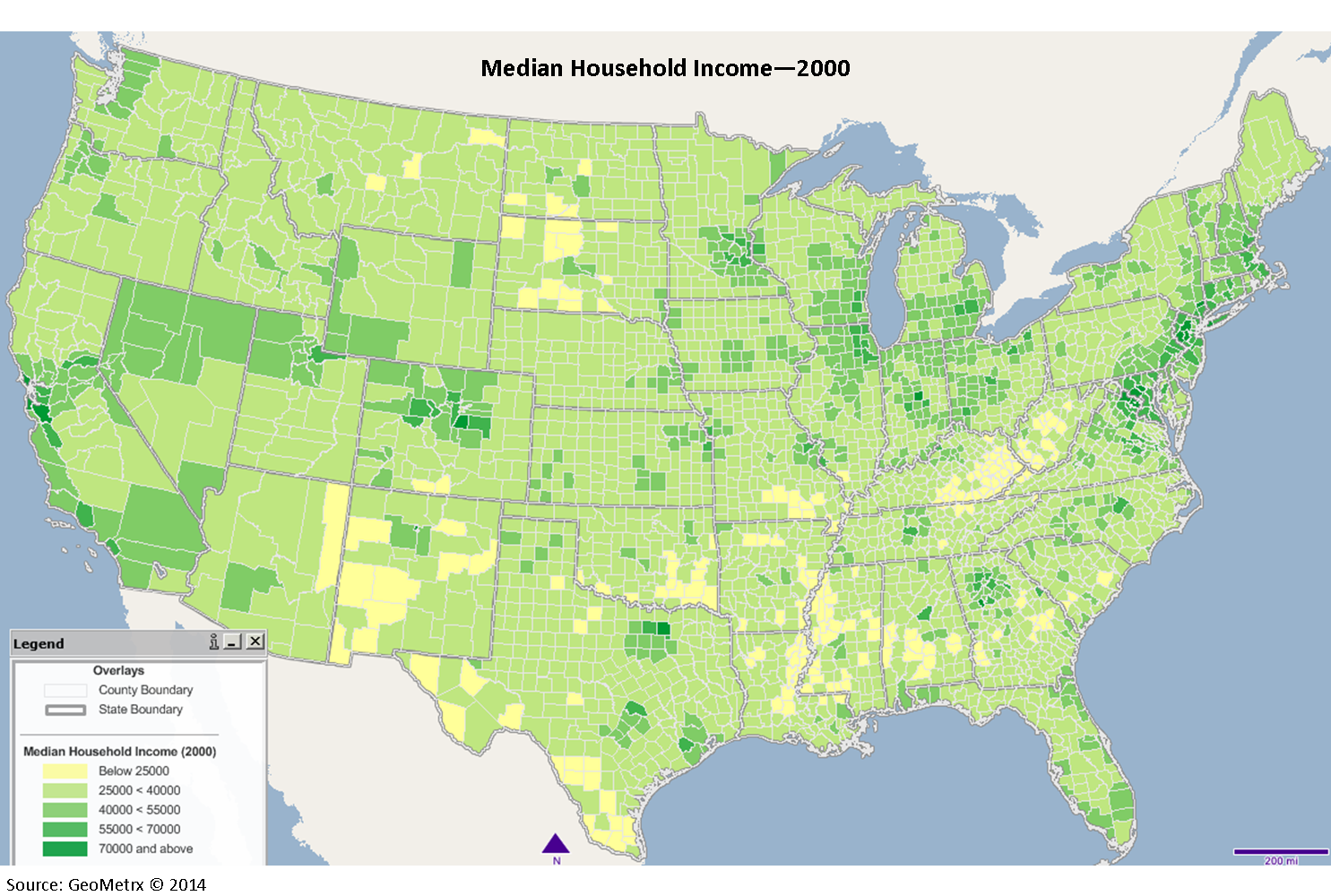 How will this affect your business concept, franchise planning and sales territory mapping strategies? For more information on how GeoMetrx can help, please call us today at 1.888.848.4436 or request a free demo online. Let our experts help you make the most of your business concept.