Many tax professionals can be found relaxing on beaches around the globe, basking in the sunshine and the relief of making it through yet another frenzied tax season. The vast majority of Americans rely heavily on these professionals, especially as the annual impending approach of tax day on April 15th creates a ‘sinking’ feeling for many of us. The Titanic also sank on April 15th, 1912… coincidence??? Maybe, maybe not! The 16th amendment permanently establishing the federal income tax was ratified the following year in 1913, though it wouldn’t be for another 41 years, in 1954, that  April 15th would officially become tax day; it had previously been March 15th.

Thankfully, this industry of tax professionals, more than 1.2 million strong, is there to take the helm and steer us safely through each year. Over 140 million individual and family tax returns are filed annually. Of those, three out of five, or 60%, pay someone else to fill out the forms, and another 29% turn to software to help navigate the complexity of the tax code. In the last decade alone, the U.S. tax code has more than tripled in size, comprising over 73,000 pages, and containing more than 3.8 million words. In comparison, War and Peace consists of 1,440 pages, and just under 600,000 words. The average adult reads 300 wpm – that’s more than 210 hours of reading to get through all of the rules and regulations. 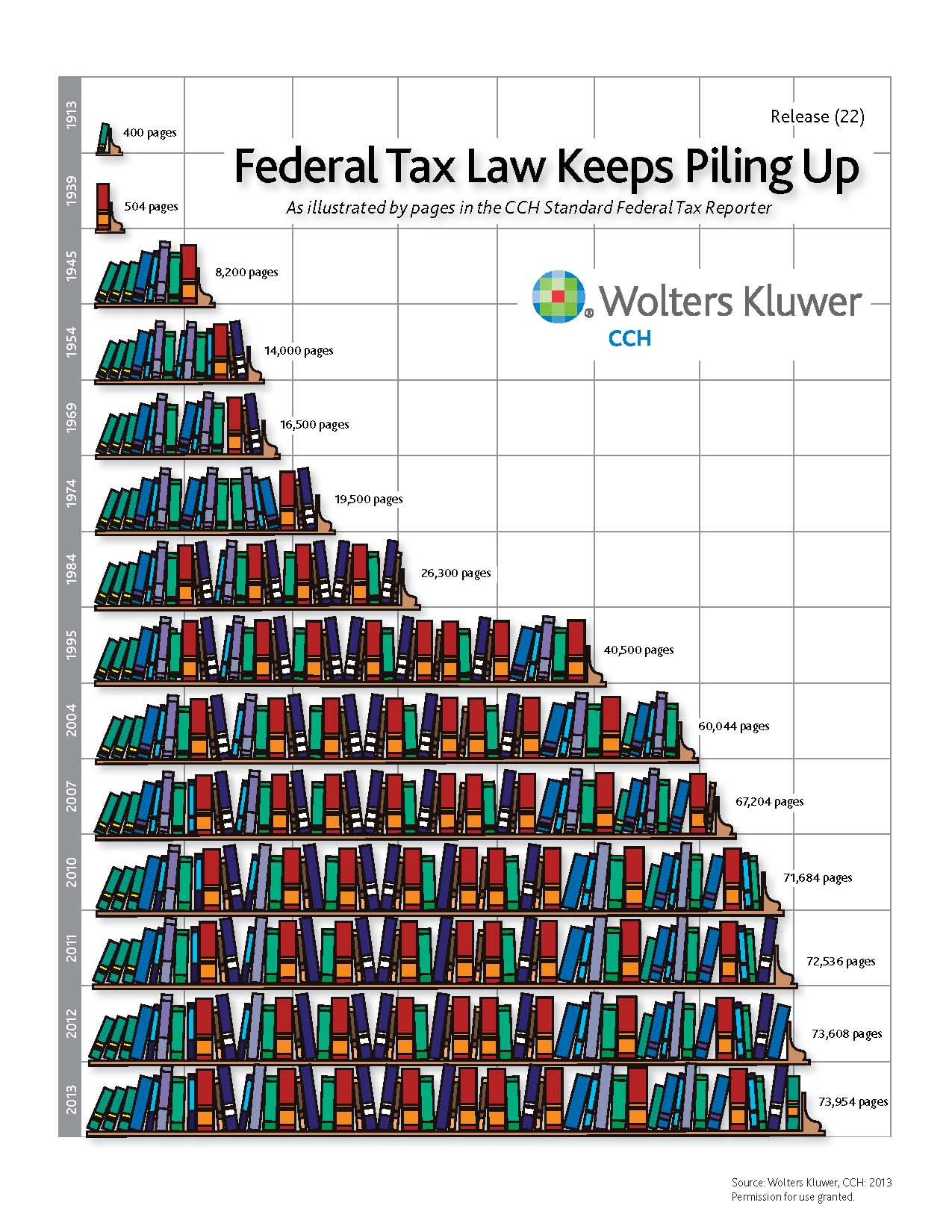 This is why so many Americans turn to tax professionals. Not keeping up with the latest tax code changes can be costly, whether as a result of not taking advantage of all eligible tax deductions and credits, or by filing an inaccurate return that may result in an audit by the IRS.  In 2013, some of the biggest changes included payroll tax hikes, Medicare and Social Security wage ceiling shifts, and Affordable Care Act surcharges on unearned income, just to name a few.

The tax preparation industry was estimated to have generated $7.7 billion in revenue last year. According to Franchise Help, the majority of tax preparations are performed by individuals (37%) or small mom and pop firms operated by less than ten employees (53%). 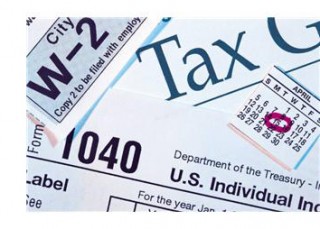 While Americans and politicians continue to clamor for a flat tax, or at least a simplified tax code, industry experts don’t expect this to happen any time soon, if ever. The reasons for this are myriad, and accordingly, the tax preparation industry is expected to continue growing at an estimated rate of 4%, compounded annually, through 2015, and most likely beyond.

Under our current system, there will always be a demand for competent tax preparers, despite the fear that an increase in tax preparation software will displace the experts. According to Franchise Help, “…the data is contrary to this perspective. Studies confirm that no magic tax calculator has enabled people to easily find all their deductions and hiring someone with a tax preparer certification translates into larger tax refunds. As Americans reach higher tax brackets they become more willing to outsource this stressful task.”

It should be noted, however, that under new IRS rules, tax professionals are now required to have specific credentials. For those who have been in the profession for the past several decades, many are opting to leave the industry rather than go through retraining and certification. This is creating an opportunity for new and energetic entrepreneurs to enter the market.

There are many opportunities for entrepreneurs and franchisors within the tax preparation industry. As with any business, location is important, and our GeoMetrx web-based mapping software is loaded with rich demographic data for retail site selection, consumer profiling and market analysis. For more information or a demo call us at 1.888.848.4436.