Valentine Cities and Towns – Is There Romance on the Horizon?

How close are you to finding Romance, Harmony or even your Romeo?  Look no further than our monthly thematic map!  We’ve included a dozen roses, er… cities and towns with names that conjure up images and thoughts of Valentine’s Day. Did you know some of these towns, such as Loveland, CO, have a Valentine’s remailing program providing a romantic postmark on a card for that extra-special someone? Last year volunteers in Colorado cancelled over 160,000 cards and letters from more than 110 countries.

Valentine Cities and Towns in the U.S.: 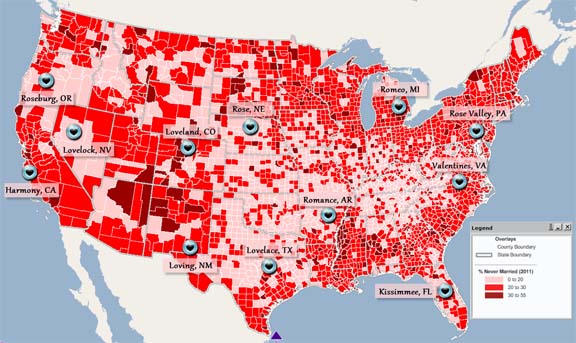 Click on the map to view a larger version.