What is Franchise Territory Mapping? 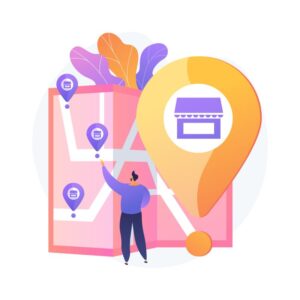 Opening a franchise can be a way to start a business without starting entirely from scratch. Still, franchising carries its risks. For one, a franchise has the burden of the brand name behind it, which, while potentially great for business, also brings a lot of baggage. In addition, franchisees also have to keep in mind the potential market area concerning other franchises and similar businesses. Selecting a location is why franchise territory mapping is so important.

Franchise territory mapping is the process of determining where a franchise will do well commercially. This area is referred to as a Designated Market Area (DMA), and it’s often the corporate heads that map and direct such regions. DMAs can be arranged through various means, and the individual franchisees need to understand the reasoning behind their territory mapping to ensure the best possible sales.

One of the most straightforward franchise territory mapping techniques is by zip code. This method makes for quick and easy work but tends to ignore effects on sales like demographics and market competition. Geographic boundaries can also make for easy mapping but have the same pitfalls as zip code mapping. Ideally, franchise territory mapping will consider local market effects to ensure the best possible sales.

Keeping track of franchise territory mapping is best handled by corporate headquarters and the individual franchises to prevent potential competition. This coordination also helps determine where new franchises can open without affecting the sales of existing businesses. Multiple franchises from the same company in each other’s markets is known as cannibalization. More often than not, this is bad because of the negative impact on sales due to competition between two members of the same company. Sometimes, though, this can be beneficial. That situation happens when the businesses are owned by the same corporation but are different franchises, such as a donut and ice cream shop in the same plaza. Over-saturated franchises like drug stores can also benefit due to the nature of their demographic, namely older clientele who have mobility issues.

In general, though, cannibalization is bad for franchise markets. That makes it yet another reason why franchise territory mapping is essential. Not only does corporate need to be aware of such mapping, so do the franchises themselves. Awareness of their designated market area and the various demographics and competition within that area will help them direct business to produce the best sales possible in their territory.

Does your business need help with franchise territory mapping? Geographic Enterprises has software explicitly designed for this purpose. Contact us at 888-848-4436 for a free demonstration.