What To Know Before Selling Your First Franchise Territory 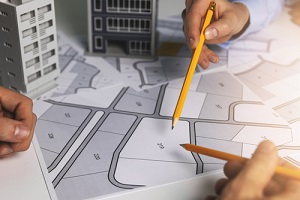 When selling a franchise, there are many factors to be considered by business owners to ensure the choice will ultimately be profitable and long-lasting.

Here are some areas of consideration that franchise owners should explore before selling their first franchise territory:

Selling a small territory may not attract as many buyers as a larger territory, based on territory size alone. A franchise territory that is not well established or well known in the area may detract from the appeal of the franchise system .

In return for their commitment and trust in the unknown, it may be necessary to offer a purchaser compensation by creating a larger territory.

Focus on Face-to-Face Communications with Buyers

Unlike established franchises that are well known by name, new or small franchises often require more effort to sell. When selling a franchise territory, it is important to make the experience more personalized for the potential buyer.

Instead of allowing someone else to handle the sale or communicating only by phone, make a priority of several face-to-face visits with the interested buyer.

This demonstrates to the buyer that the franchise has good support and that the owner is committed to the business’s success.

Practice Patience and Be Willing to Negotiate

Selling a franchise territory may not be a quick process, especially for business leaders that have no past experience with franchise sales. 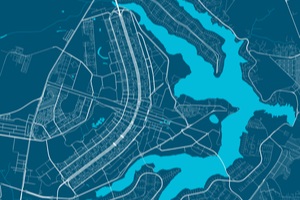 The process can take considerably longer when buyers aim to resolve issues before closing the deal; it is important for owners to be patient as the buyer works through these details.

There may be a situation where the buyer wants to negotiate further to sweeten the deal.

It is important for the owner to have an idea of how much they are willing to negotiate and when to end negotiations.

Be Aware of the Laws Pertaining to Franchise Territory Sales

The laws surrounding the sales of franchise territories can be complex and confusing. It is important not to act without a complete understanding of the legal aspects of the transaction to avoid a potential lawsuit following the sale.

Becoming familiar with the rules of territory sales, such as earnings claims, may help reduce the risk of lawsuits that can damage the reputation and finances of the franchise.

Form a Circle of Other Professionals

Having the right partners on board with the sale of the franchise territory can make the process go much more smoothly.

Before selling a franchise territory, there are several people that the seller may want to consult with, such as an attorney.

Having an experienced commercial realtor available to answer questions and provide guidance during the early stages of the process can also instill confidence.

Effective marketing and franchise information will allow your franchise to stand out to prospective buyers.

It is important for sellers to know their target market and how to attract this audience through a variety of marketing methods.

Advertise on a wide range of mediums to reach the most amount of people possible including the internet, networking and print.

Do Not Settle for Less When Choosing a Candidate

It can be tempting to take a check from the first person that offers to purchase the franchise territory. However, this may not be the best option, especially for sellers who have little experience in the industry.

Franchisors should always take the time to acquire several bids before making an informed decision. The person chosen should have ample business experience and have the resources necessary to be successful in the territory.

Before selling a franchise territory, it is important to acquire as much information as possible leaving no details left uncovered.

Territory mapping software can provide sellers with a wide range of benefits, such as improved business operations and organized logistics.

For more information about what you need to know before you sell your first franchise territory, speak with the experienced territory mapping professionals at Geographic Enterprises.